Peril of phone photography: Future historians will either be ‘drowned in images’ or billions of images they won’t be able to access due to changing technology

Did you take a bunch of great photos this summer, to leave them on your phone?

Personally, I haven’t printed a photograph since 2011. Many of us don’t care anymore. 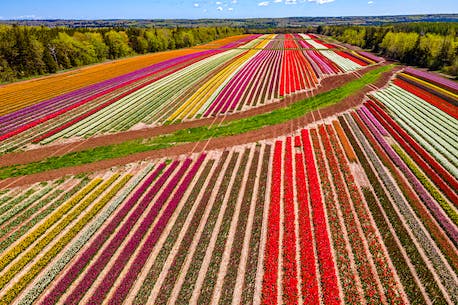 Edward MacDonald is a professor in the Department of History and Classics at the University of Prince Edward Island in Charlottetown. He emphasizes that today we live in a world of images.

“More photos are being taken than ever before in our history as people use their phones to document almost everything about their day, from the routine to the essentials,” he says.

This, however, presents unique problems for historians.

The first is the enormity of surviving photos saved on cell phones or posted on the Internet.

“When photography was invented in the 19th century, photographs were treasured family artifacts, carefully archived in family albums (even if the family did not record exactly who was pictured). both a social tool – a visual business card – and a keepsake,” says MacDonald.

The invention of the pocket camera, he says, “greatly multiplied the reach of photography which created documentary records that historians appreciate and question”.

Future historians will have to deal with one of two possible outcomes: “Either they will drown in images, or the evolution of technology will mean that the trillions of photographs taken on today’s phones will become completely inaccessible” , explains MacDonald.

“We may face the same problem with cell phone photography today. And history, of course, like archaeology, is always written from what is left and can be recovered,” he says.

The appearance and essence of today’s albums and scrapbooks have also changed a lot. They are usually electronic.

“People share photos by uploading them to the Internet, not printing them. One of the purposes of scrapbooking and the photo album was to share. Sharing can now happen over time and over miles thanks to new technologies,” says MacDonald.

And then there is the aspect of preservation.

“The other purpose of albums and scrapbooks has always been to preserve,” he says. “And here there may be hope for the survival of outdated versions of these records.”

MacDonald uses the e-book analogy, pointing out that they didn’t do away with paper books, much to the surprise of some observers.

“Perhaps the same human desire to have something tangible, something you can hold in your hands and touch, can encourage some people, at least, to keep printed copies of the images they take in abundance. “, he says.

“If they are a minority and the electronic photo collections are lost to time and technology, then history will be skewed, but then it won’t be anything new, will it?”

Wolf Hackel, who lives in Nova Scotia’s Annapolis Valley, says he took a lot of photos this summer.

“I always take a lot of pictures. I haven’t been able to transfer my photos from my phone for this summer yet, but I save them to my computer and then to an external hard drive regularly every few months or so,” says the Kentville resident.

He does this to secure his photos in case something happens to his phone.

“I regularly go through the photos on my phone and delete any duplicates or bad photos that I don’t want or weren’t taken well (low light, etc.).”

It makes it easier to manage photos later, it’s less confusing, and it’ll take less time to transfer them from his phone, he says.

“I don’t think scrapbooks or prints are a thing of the past; in fact, some of my phone pics were turned into real pics just this winter while on vacation using an online app. We love hanging pictures around the house, so this is a great option to have.

Hackel is worried about real photos disappearing but says he’s not too worried because he knows people want older technologies, as evidenced by the current resurgence of vinyl records and audio cassettes.

“People want to have something they can physically hold in their hand,” says Hackel. “I think it’s human nature.”

“I share a few on Facebook and some with private individuals or groups of family and friends. I call myself the official unofficial family photographer,” she says.

Most of Wiseman’s images are now on Amazon Photos, which she loves because she can put them in digital albums so they’re easy to find. And like Hackel, she also stores some of her oldest images on a removable hard drive.

She disagrees on one point, though: Wiseman thinks albums and physical albums are a thing of the past.

Because we are all so bombarded with images on a daily basis, she thinks this results in images that no longer have the significance they once did.

“When you had to buy the expensive film, decide if the shot was a worthwhile investment, have the film developed, and pay for the development when you picked it up, the photos felt more valuable,” she says.

“Don’t get me wrong, I love taking pictures to remember something or someone in my life, but I take as many as I want because each one doesn’t cost a certain amount and I can delete the ones I want. I do not want.”

And she’s not worried that future generations will miss something if they don’t have physical family albums to flip through.

“I’m not concerned about the loss because this house has a lot of photo albums that are rarely viewed,” she says. “I think we’re looking at digital albums more, to be honest.”